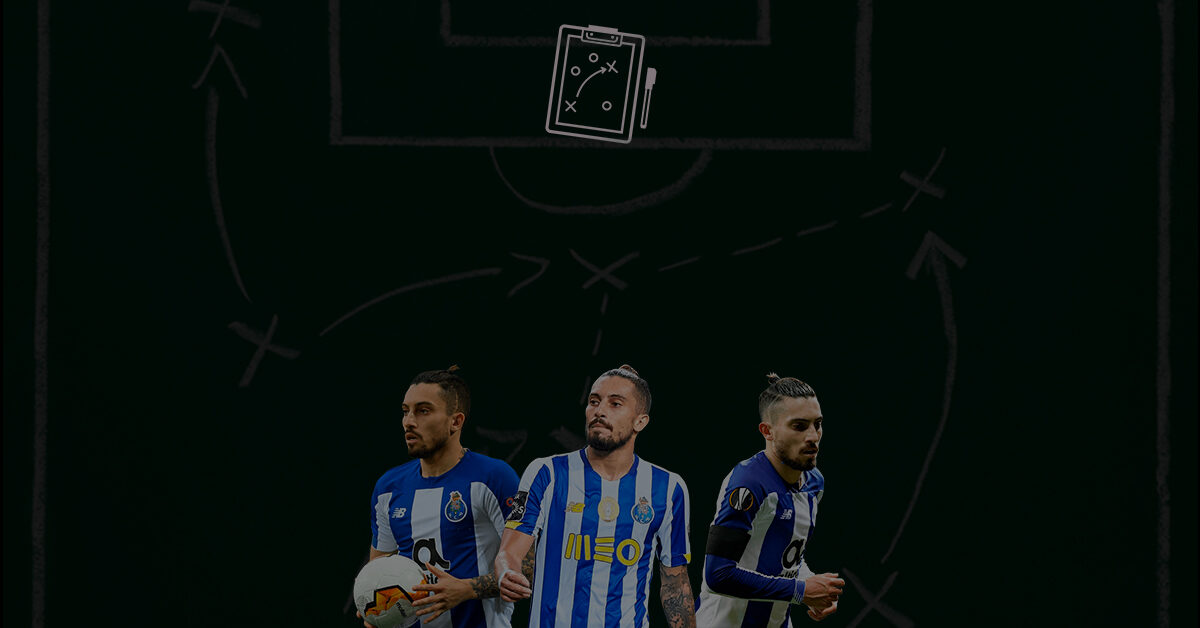 Is Alex Telles the ‘Right Fit’ for Manchester United?

As per reputed Italian journalist- Fabrizio Romano of Sky Sports Italia and The Guardian, Mohamed Bouhafzi of the French publication- RMC and various other reliable English and Portuguese sports journalists have reported that FC Porto’s Alex Telles has been offered to Manchester United with both club still unable to find an agreement on a transfer fee despite Manchester United and the Brazilian Leftback, who is now in his last year of contract at the reigning Portuguese First Division Champions, already finding an agreement on Personal Terms. Telles was the main source of creativity for his team which brought the league title at Estadio Do Dragao with 11 goals and further 8 assists from Left back position in 31 games across the league campaign. Even though the 27 year old Brazilian international may have amassed a great number of goals and assists from left back position, these Goals+Assists numbers alone are not a good factor to judge a player, especially a full-back. Hence a glance at the underlying numbers will debunk if he really is *THAT* good to make instant impact at the ‘Theatre of Dreams’ or not.

Firstly, we will be looking at the percentile numbers of Alex Telles’ numbers for FC Porto in 2019-2020 season. The source of all the following data is StatsBomb. He has decent percentile rank on some metrics, but also has poor-to-very poor percentile rank on other metrics, and those metrics actually are the ones involving his involvement in the attacking phase of the game despite getting a great G+A count (most of which have been from set pieces). For an “attacking fullback”, The Brazilian’s deep progression (Deep progression in terms of football data analytics means frequency of ‘runs’ in the final third) rank is 48th of percentile. His successful passing% is 73 which also lies in 38th of percentile. His ability to apply “pressures” (means frequency of situations which bring about change in possession) is just 8th percentile of the available data for all Fullbacks in the Portuguese first division. One of the most important metric used in football data analytics to check the creative aspect of a player (from open play) is xGBuildup, which is a chain of events accounting for the player’s involvement in the ‘goal creating actions’. In terms of xGBuildup, Telles has a percentile rank of 74, with his xGBuildup/90 min score of 0.43.

Now, a comparison will be made with another fullback from Portuguese First Division to check for the team and league quality and setup. The player under scanner is Benfica’s Alex Grimaldo. The 24-year old former Spanish U-21 star and graduate of famed “La Masia” himself is a star in the making. The Spainard has better percentile rank on each of the metrics used above, with a staggering 90th percentile for xGBuildup, depicting that the player has a great ability to create from open play if used well.  Even in defensive phase, Alex Grimaldo is averaging better numbers of successful tackles and interceptions per 90 minutes as compared to Alex Telles. Alex Telles is just avraging better numbers of Aerial Duels won per 90 minutes in comparison to his Benfica counterpart.

Now to understand the underlying numbers of Alex Telles in even better manner, we will now compare him with current first choice LB of Manchester United, Luke Shaw. For this, data has been taken from Squawka. Despite being criticised for very limited involvement in the ‘build-up’ phase of the attacking game at Manchester United, Luke Shaw’s underlying numbers are still decent despite the criticism, but not good enough in comparsion to other top tier fullbacks playing in the elite teams across Europe. Between Telles and Shaw, Shaw is better on the ball with better number in terms of passing along with better numbers of take-ons attempted & completed, where Brazilian seriously lacks despite having a greater number of G+A numbers for a few seasons now.

In order to conclude the question that Telles is a good fit or not, various other factors will also be involved which will further decide whether the Brazilian will be a “Right Fit” or not (including the off the pitch factors- ability to adapt to new surroundings, right cultural fit etc.) ?

Ideal scenario: Player in last year of contract, a relatively cheaper price for a senior player- between 10-20 million, a potential ‘team leader’, Manager’s ability to exploit set pieces as plan B:- YES

Realistic Scenario: Poor underlying numbers and inability to provide instant ‘quality’ upgrade on fullback position, the one which is becoming an important part of manager’s tactics (i.e. Plan-A):- NO

Conclusion: Alex Telles can be a good ‘rotation’ option for the club at the Left Back position, which can push Brandon Williams back to Right Back position and provide a good balance between full back pairs (Shaw-Williams as one pair- with Shaw being Defensive Fullback~Williams being Attacking one and Telles-Aaron Wan Bissaka being other pair- Telles being an Attacking Fullback~Aaron Wan-Bissaka being a Defensive one). Telles is a system specific player only, if used well- he can turn out to be good else he will be massively under-utilized and the Red Devils will again need to spend quality bucks on a quality option in near future.

Follow us
← Midfield Combinations for 20/21 season Mason Greenwood : United's Diamond In The Rough →