5 Transfers which went “Under the Radar” 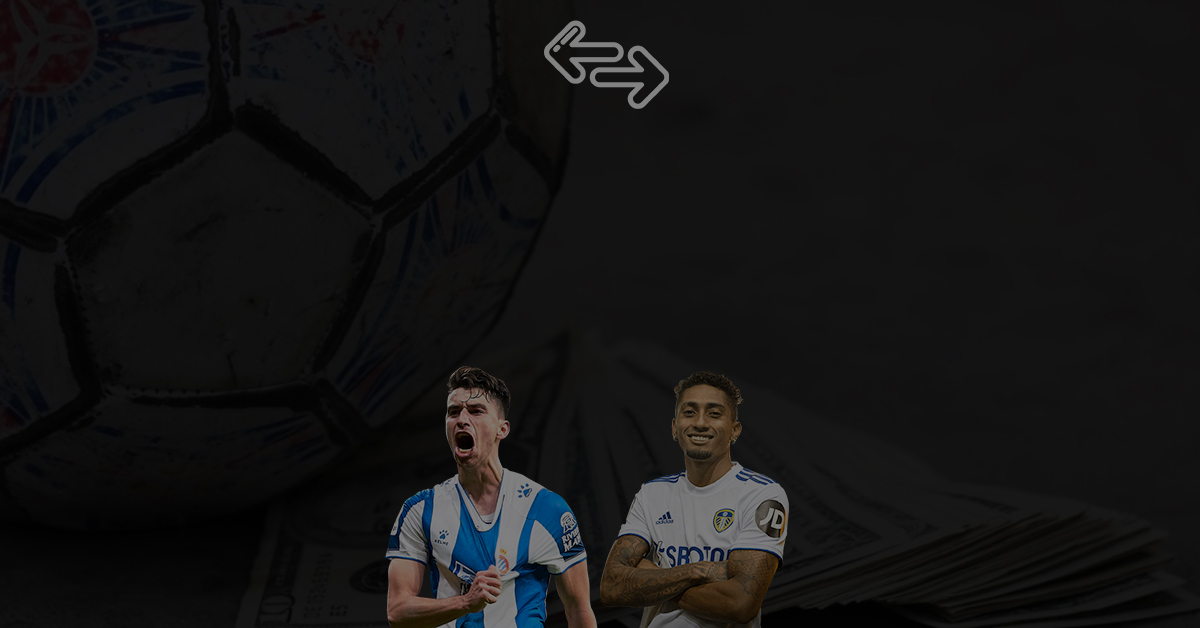 2020. This is the year which can never be forgotten, thanks to Covid-19 virus having affected everyone on the planet. It’s impact, both direct and indirect, is there to be seen on the footballing world too, especially on the financial aspect thanks to the shifting of the football calendar and lockdown measures around the world ensuring football games go on without any fans. All of this has resulted in a major strain on matchday revenue, which is the major part of cash influx at any football club based on which clubs figure out their transfer business in order to balance out the investment and comply with FFP. The change in football calendar shifted the transfer window from July 1st to October 5th this year.

With the transfer market now officially closed, teams have finalised their acquisitions – may they be permanent transfers, loan deals, or free agent signings. The Devils’ DNA team will look at 5 “under the radar” signings which didn’t get enough attention this transfer window. We feel these signings can have an instant impact and inject their respective clubs with better resale values in the near future. The scope of putting the signings in this list has been their immense skill, modest fee paid for them and them escaping the gazes of ‘scouts’ of the elite clubs.

The Brazilian-Italian winger has been a revelation ever since he rose to prominence at Vitoria Guimaraes in the 2017-18 season, which triggered a move to Sporting Lisbon in the subsequent season. With even better performances for Sporting Lisbon, then boasting the presence of current Manchester United superstar Bruno Fernandes, Raphinha dazzled defenses with his tricks and eye for a pass. A surprise deadline day move to “Les Rouge Et Noir ” followed which itself went “under the radar” in 2019. His performances last season took the French club to 3rd place in Ligue 1, their highest ever finish in the club’s history resulting in a place in UEFA Champions League. This summer the 23-year old winger moved to Marcelo Bielsa’s Leeds United where he will again look  to terrorize defences with his trickery and ability to deliver line-splitting passes. “El Loco” has always had an eye for talent that can perform with high work-rate and high technical ability both on and off the ball. Raphinha ticks all these boxes of a ‘Marcelo Bielsa’ player and he can become the final piece of the puzzle which (if solved) may extend Leeds United’s stay in the Premier League for years to come.

Our article covering the “Under the Radar” signings for this summer just cannot be completed without an acquisition made by arguably the most efficiently run club in Europe and simultaneously the Europemeister, Pokalmeister and Deustchmeister-  FC Bayern Munich. Bayern had their eyes on the Spanish midfielder since last season and were moments away from triggering his 40 million euros release clause. But RCD Espanyol suffered the shame of a relegation and recent financial implications due to Covid-19 forced the Catalan club to lose their key player for a very cheap price. Roca has all the traits and talent to replace another Spaniard who left the Bavarian club for the greener pastures of England- Thiago Alcantara. A very modest fee for a player who can straight away replicate the impact Thiago had on Bayern’s gameplay.

The youngster from Ghana enjoyed a brilliant breakthrough at first team level for Spanish side Real Valladolid, owned by El Fenomeno, Ronaldo. A pacy and aggressive centre-back by trade, Salisu was a shining light for the Spanish outfit, rising to first team level from the club’s youth ranks. Salisu had a release clause of just 12 million euros this summer – a modest price for his talent. There is a great chance of earning a good profit for him in the near future for the English club, which is itself known for nurturing young talent and giving them ample chances at senior level. Salisu will be guaranteed a good amount of playing time under a manager who has a good track record of improving players. Salisu is a player tailor-made for Ralph Hasenhuttl’s gameplay and tactics. With Southampton expertly snatching him this summer from the grasps of teams vying for the UCL, like Atletico Madrid and Stade Rennais, Mohammed Salisu has all the potential in the world to reach greater heights.

The 22-year old Ivorian has been a player worth discussion for his mature displays at the heart of the Toulouse midfield. The French club has suffered thanks to poor financial records and inability to re-invest money in the squad, resulting in a relegation since the French Ligue 1 was suspended in March due to Covid-19. When the Ligue 1 champions, European spots and relegations were assigned according to the post-lockdown league table standings, Toulouse were rock bottom. Despite playing for a relegation-fodder team, Ibrahim’s performances have stood out thanks to his technical prowess coupled with his tenacity which make him a brilliant ball-carrier, suitable for a box-to-box midfielder role. PSV’s acquisition of the player can add a new element to their team giving them a good chance of fighting for the Eredivisie title against the heavyweights Ajax Amsterdam and a youthful underdog AZ Alkmaar led by Arne Slot.

Baptiste Santamaria was the crown jewel of Angers SCO and their success story of rising from the lower ends of the French footballing pyramid to Ligue 1 and making shrewd signings and subsequently netting a brilliant resale value on them along the way. The 25-year old defensive midfielder’s move to German side SC Freiburg is a brilliant acquisition for a player who brings aggression off-the-ball and calmness on it. He attracted the attention of many clubs with his consistently brilliant performances for the Ligue 1 outfit yet it’s ”Breisgau-Brasilianer” who swooped in to secure his signature. The defensive midfielder will be a crucial player for the German side’s bid to avoid a relegation battle this season and cruise to a comfortable mid-table finish at the end of what is going to be a tumultuous season of football.