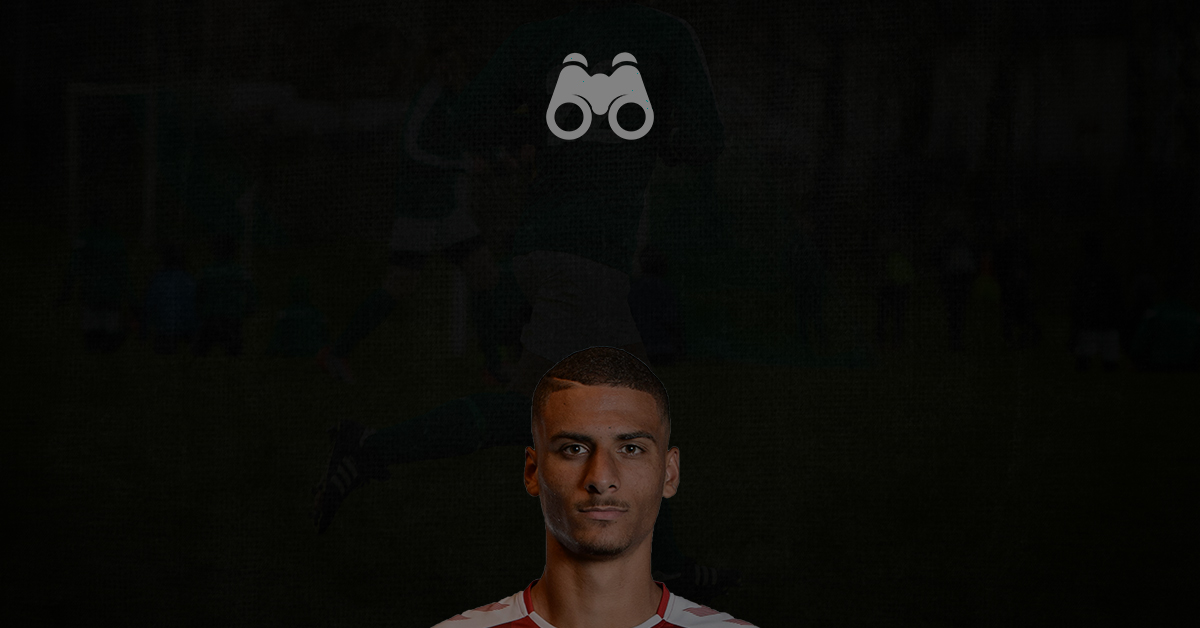 Ever since Sir Alex Ferguson left, Manchester United have struggled to rebuild a team that can challenge and push for the league title. Managers have come in, tried their own rebuild and have failed. That was until Solskjaer took over the managerial job in December 2018. However the results on the field might go, Solskjaer’s transfer targets and the ‘rebuild’ part of his job has been pretty spot on. Aaron Wan Bissaka, Harry Maguire, Bruno Fernandes among others look the real deal so far.

The Norwegian manager is again looking at the defence and the need to strengthen it with another centre back since the Marcos Rojo, Phil Jones, Eric Bailly all reportedly heading towards the exit door from Old Trafford. That leaves Manchester United with only 3 options at CB in Harry Maguire, Victor Lindelof and Axel Tuanzebe. Dayot Upamecano was the name thrown around in recent times as Solskjaer’s number 1 target but recently, United were linked to the 21 year old David Carmo.

Today, we’ll cover everything you need to know about David Carmo.

David Carmo has been at his boyhood club SC Braga since he was 16 making his professional debut for the reserves in 2018. He made his first team only earlier this year in January but he has been a regular for the Portugese outfit ever since making 27 appearances for Braga with 8 of them coming in the ongoing campaign.

Carmo first made a name for himself when he was part of the Portugal u19s team which won the u19s European Championship in 2018. The Portugese youngster made 4 appearances in the tournament and announced himself to the world with his impressive performances.

David Carmo’s style of play has often been compared with that of Virgil van Dijk. Both are regarded as tall but fast and athletic for their size. Standing at 6ft 5ins, it is fair to say that David Carmo is tall. But his height isn’t something that restricts him as a player. He’s still fast, agile and can get the better of any pacey forward in 1v1 situations proved by him winning 91.7% of his tackles among the players attempting more than 10 tackles in the Liga NOS this season Carmo also averages 2.2 tackles per game. He is also an imposing centre back, winning 81% of his aerial duels this season.

Another one of his strengths is passing. The Portugese youngster loves a long forward pass and the fact 35% of his passes have been into attacking areas proves it. Being a left footed CB, he is often deployed as the left sided CB and one of his favorite passes are the huge switch to the right winger, something that is quickly becoming a trademark for Carmo. He has an impressive 85% pass completion rate and considering the fact that 35% of those have been into attacking areas, it is very impressive for a centre back. Carmo has also completed all his dribbles this season which also suggest that he is calm and composed on the ball.

As for all other players in the world, Carmo is far from a finished product and still has his weaknesses. While he is very impressive in duels and at starting attacks from the back, his anticipation and positioning are something that still needs work. He can be caught ball watching or is quite easily beaten by a blindsided run. Carmo’s defensive line awareness needs improvement as well, with him being caught being not in line with other defenders and potentially playing an opposition attacker onside.

To round up, David Carmo is an excellent 1v1 defender who can impose himself against any opponent. He is also calm and composed on the ball and can be used to start attacks from the back with his excellent passing ability. But, he still needs to work on the mental side of being a centre back.

Manchester United may need to fork out about 40 million euros to secure the Portugese’s services as his release clause stands at that amount. The Red Devils aren’t the only one interested in him with Roma having unsuccessfully bid for him in the summer and Liverpool also keeping a close eye on him and now with Virgil van Dijk out for a significant amount of time, Liverpool may start looking closer at him.

For Ole Gunnar Solskjaer, he may finally be getting the left footed CB that he has desired for so long and add another piece in his rebuild at Manchester United. The demands for a left footed CB are increasing every day in modern football and someone like Carmo can be perfect for Manchester United’s tactical system where most of their attacks start from the left flank. Having someone like Carmo can take the onus of starting attacks from the left backs Alex Telles and Luke Shaw and the fullbacks can then push and overlap, helping Marcus Rashford escape 2v1 situations. Part of the reason we saw Nemanja Matic drop into the backline towards the end of last season to start attacks.

Manchester United’s first choice may still be Dayot Upamecano whose release clause is only slightly more expensive than that of Carmo’s. But, with Bayern circling around Upamecano, a deal may not be very straightforward and David Carmo looks like a very capable alternative that Manchester United can go for.