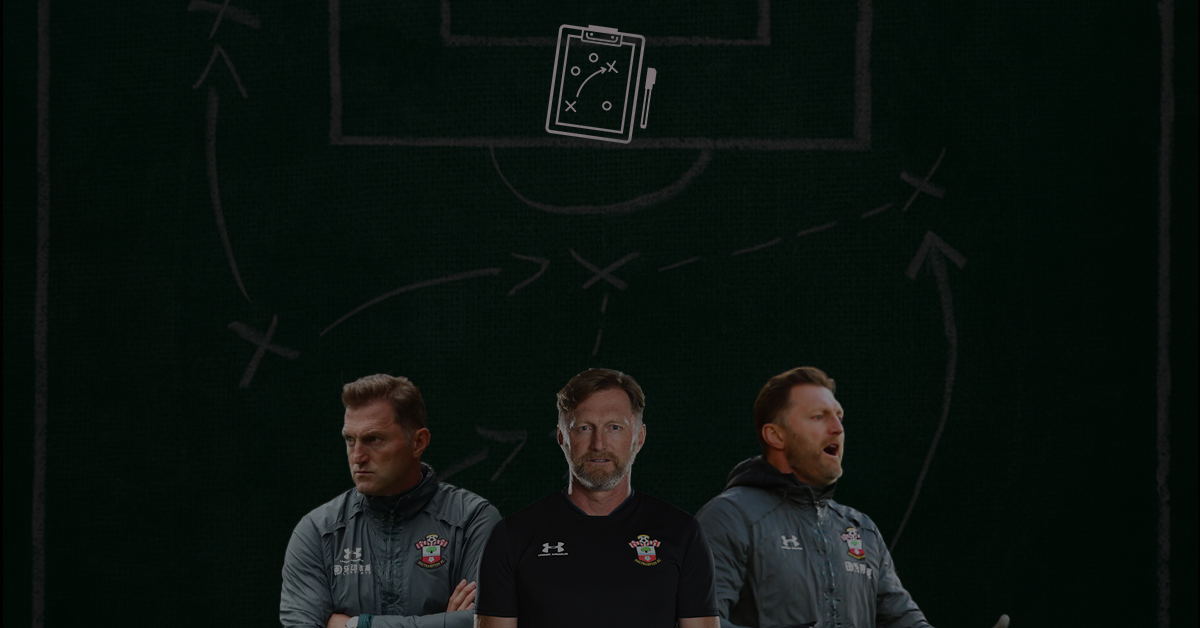 iThe rise of “Alpine Jurgen Klopp” and Southampton to top of the tier is nothing short of a fairytale journey. The Austrian once played with the likes of Bastian Schweinsteiger, Phillip Lahm, Paolo Guerrero at Bayern II, the reserves side of FC Bayern Munich. Before that, he had 2 good spells in Germany with FC Koln and Greuther Furth and picked up 8 International caps too with a return of 3 goals at international stage.

Before starting his managerial career at senior level, Ralph managed the youth teams of German side SpVgg Unterhaching from July, 2004 to March, 2007. Following the sacking of Harry Deutinger, he became the caretaker manager and then, the assistant manager. On 4th October, he became the first team manager, embarking on his managerial career. In the 2008–09 season, in the newly formed 3. Liga (The German third division), the team’s performances earned them fourth place in the table, missing out on a play-off place by one point. His job at SpVgg Unterhaching ended in a stalemate as the team could not build up on a good start under the manager’s first full season at the helm.

Hasenhuttl then switched to fellow strugglers VfR Aalen, steering them away from relegation and keeping them heads and water away from there. This attracted the attention of FC Ingolstadt. FC Ingolstadt, formed in 2004 with the backing of automobile giants Audi looked like an ambitious project in the beginning but it started losing it’s track when they ended up reaching 2. Bundesliga, with a series of poor result and the stagnation of the project saw the club falling back into the third division. His main purpose was to steady the ship and clear the mess left for him by previous managers. But little did the administration know that this mercurial manager will make the best out of this “mess”. In his short stint at Bavarian club, he catapulted them to the Top Division- Bundesliga with 2 successive promotions and playing an expansive yet defensively solid brand of football, a brand which he has carried forward to RB Leipzig and Southampton FC.

“A small town known because of the name of Audi suddenly got associated with Football because of the brand of football Ralph made the team play”. These were the words of Ramzan Ozcan- who left for German giants Bayer Leverkusen in 2016. Playing his favoured 4-2-2-2 and sometimes 4-3-3 for more balanced output, Ralph Hasenhuttl’s tactics brought the best out of up and coming players like Danny Da Costa, Pascal Groß, Caiuby who were then snapped up by teams in Bundesliga and Premier League respectively.

Ralph further made strides in Bundesliga when he became the manager of yet another club whose rise to the top of the pyramid has been nothing but shocking and surprising: RB Leipzig. It is the place where he made further strides which reached to different parts of Europe. His favoured 4-2-2-2 and intense counter pressing Tactical instructions took the entire Bundesliga by surprise with exquisite performances by attacking quartet: Timo Werner, Yusuf Poulsen, Emil Forsberg, Marcel Sabitzer which catapulted the East German side from Leipzig to 2nd place in the table. With Champions League all confirmed, this was yet another achievement in the Austrian’s budding career. A sub-par second season saw Leipzig just make the Europa League spots with Austrian ending this chapter of his career.

Next up: the city of Southampton.

With Southampton FC also defying all odds, from reaching Premier League to reaching Europa League group stages-defeating the mighty Inter Milan a few years back, they were also suffering from stagnation and a certain relegation with poor managerial appointments and transfer business. Another opportunity for the Austrian to steady the ship. But there were struggles, a lot of those. Injuries, players out of form, his tactics and training regime not being suitable according to the tempo of English Football at initial stages. All of this were amplified by Southampton’s horrendous 9-0 home loss against Leicester City in 2019-20 season. Many in The Saints Faithfuls started doubting if his ideas will actually steady the ship or not. But it was the trust of the board and the players and remaining fanbase in the manager which saw him turn this misery into a redemption arc.

Basing his game on Liverpool FC’s current manager Jurgen Klopp, Saints like to press aggressively and in upwards section of the pitch. But their counter pressing has a lot of different patterns. They tend to pounce on 2nd or 3rd balls in the central portion of the pitch. Hence creating an overload in the Midfield to win the battle there and regain possession. After their humiliating defeat to young and energetic Leicester City, Hasenhuttl changed his expansive 4-2-2-2 into a somewhat narrow 4-4-2 to provide extra defensive stability. This rather brought out the best in Danny Ings- a favourite pick among Fantasy Premier League (FPL) players . Now adapting this template, The Saints, while in attacking transition take up a shape of 4-2-2-2, playing an expansive brand of direct football with fluid transitions.

This brand of football is dependent on the player’s commitment and work rate, both in offensive and defensive phase. The likes of Danny Ings, Che Adams, Theo Walcott make that possible. In defensive transition, this aggressive style is again evident. The team’s collective Technical Ability make it possible to switch back to a narrower 4-4-2, providing some defensive stability against counter attacks where the midfield duo comes into life, winning plenty of duels and cutting off passing lanes while the front 2 or 4 constantly apply pressure on opposition’s midfield and defense to bring about a change in possession. Pierre-Emile Hojbjerg made this transition very successful which eventually earned him a move to Jose Mourinho’s Tottenham Hotspurs.

With Southampton FC starting new season with a renewed faith in the manager and his Tactical Instructions, it has again been repaid in kind. Southampton is now sitting at 3th position on the league table with 24 points from 13 games, 4 points off the table toppers- Jurgen Klopp led Liverpool, Ralph Hasenhuttl has again made a merry out of the “mess”