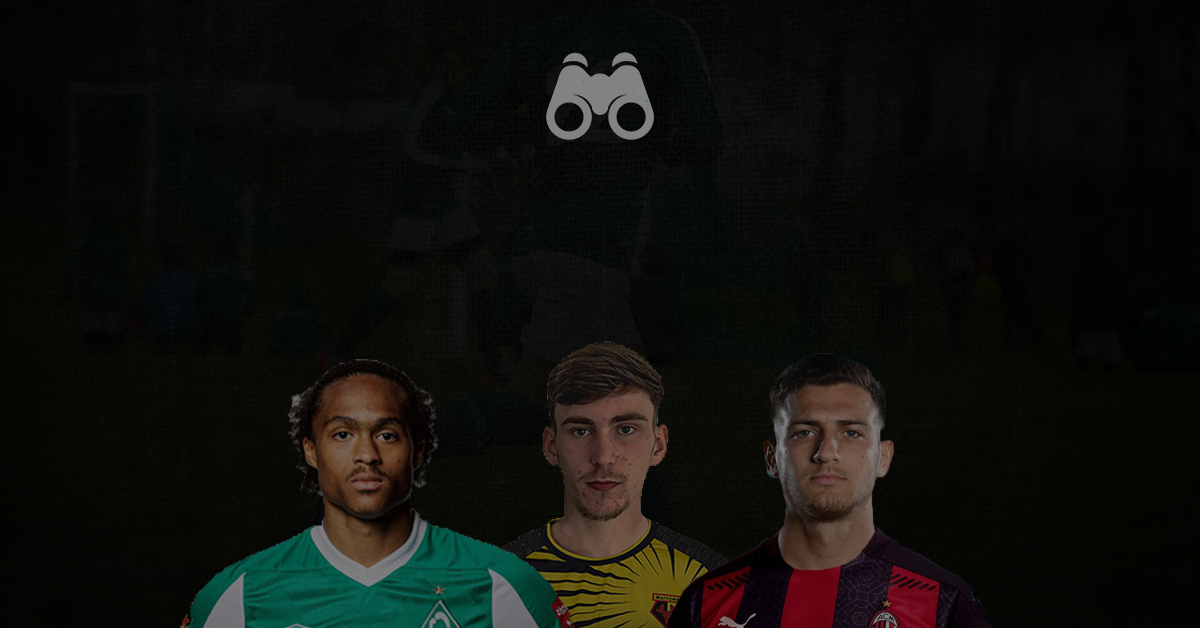 With the mid-season mark of 20/21 approaching soon, we take a look at how Manchester United’s first-team players out on loan have been doing so far.

Failing to impress Ole Gunnar Solskjaer at United, Dalot’s loan spell at AC Milan has resulted in another period of being unable to convince the manager for game time. Stefano Pioli has settled on a 4-2-3-1 with the fullback roles being dominated by Calabria and Theo Hernandez. Among Dalot’s 7 starts, 6 have come in the Europa League clearly indicating his role as the cup option. He’s played equally on both sides of a back 4 impressing a lot more from left back where Milan have a shortage of options. All 3 of Dalot’s goal contributions have come from left back in the Europa League against the same opponent.

His game of the season so far was against Sparta Prague on 29th Oct where he scored and assisted in a 3-0 win. The reverse leg away to Sparta saw him pick up an assist as well. That game was followed by Dalot’s first start in the league against Genoa on December 16th at left back. The Portuguese had a torrid time in a 2-2 draw. His defensive fragility allowed striker Destro to attack repeatedly. Even the Europa game against Celtic saw Dalot’s poor positioning keep his man onside during Celtic’s second goal. In a roaring campaign that has largely gone to plan for Sampaoli’s men, Dalot’s mistakes stand out. Facing fixture congestion, the coming few weeks will be key for Dalot to impress and be counted as a valuable squad member.

Given manager Ole Gunnar Solskjaer’s lack of faith in Diogo Dalot and recent rumours of a move for Trippier to provide competition for Wan-Bissaka, United will be hoping Dalot impresses enough on his loan spell for Milan to put in a transfer bid. It has been claimed that the Rossoneri usually assess their loanees during the spring and are keen to stick to that policy in an attempt to afford themselves more time to consider Dalot. Dalot spoke to Sky Italia last week: “Let’s see what happens at the end of the season. For now I don’t want to think about that: I am 100% focused on Milan and that’s it.”

Garner has been a regular feature for Watford starting 13 of the 22 games they have played so far. The majority of the unfeatured games and substitute appearances were towards the start of the campaign while he was settling in. Garner has started 8 of the last 9 games for the Hornets. Watford recently sacked manager Vladimir Ivic after just 4 months in charge following their 2-0 loss to Huddersfield on Dec 19th. Under Ivic, Watford played a 5-3-2 with 3 central midfielders. With Chalobah occupying the deepest role, Garner has often found himself playing a right-sided box-to-box role, alongside ex-United Tom Cleverly, with license to roam, create and shoot which explain his high shooting, crossing and long ball numbers. Garner’s game of the season so far came against Coventry in November where he ran the show with 2 dribbles, 3 key passes and one assist in an emphatic comeback 3-2 win. He was pushed to AM in one substitute appearance against Barnsley as Watford were chasing the game but has largely stuck to his B2B CM role other than that.

Watford’s season hasn’t gone to plan as they find themselves 5th in the Championship in a year they desperately want to get back to the Premier League. Goal scoring has been an issue with only 23 goals scored in 20 games with ex-manager Ivic’s defensive 5-3-2 being targeted regularly by fans. Watford announced Xisco Munoz as their new head coach on 21st December who comes with a reputation of playing an attack-minded 4-2-3-1. It remains to be seen how this will affect Garner’s game time and performances, but given how the 19 year old has adapted so far, fans can remain positive of his continued development on loan and the chance to challenge for a first-team spot at United from next season.

Game time has been a major issue for Chong having featured for only 309 minutes in 1260 minutes of Werder Bremen’s season so far. Bremen have played mostly in a back 3 with Rashica and Bittencourt supporting striker Sargent in attack. With attackers Fulkrug, Osako and Schmid also featuring as rotation options, Chong has been held back only for occasions when Bremen deploy a back 4. Life at Bremen began with a bang as Chong’s first appearance in September saw him dribble past 2 defenders and finish from the right wing in the DFB Pokal opener. That initial high proved to be a false dawn.

He started on the left side of a 4231 against Frankfurt rounding up a poor performance which saw him get dispossesed 3 times and unable to contribute in attack. He started as a right sided CAM in a 4-2-2-2 against Berlin where he attempted 4 dribbles but was unable to dictate play. His 3rd start came in December against Stuttgart on the left of a 4-2-3-1 again which saw him put up his worst performance of the season with 3 shots off target and 3 dispossesed moments. On the 7 occasions Chong came on as a substitute, 4 offered him less than 5 minutes each on the pitch while 2 were 17 minute cameos where he was unable to impact the game. His latest sub appearance fared better. On Dec 19th, he came on against Mainz to provide an assist for the winner in a crucial 1-0 win. Fans will be hoping this can spark a turnaround in the fortunes of the Dutchman if he is to have any future for the red devils.

Another one who has struggled for game time, Andreas’ plans to impress on loan and earn a move away from United – where Ole Gunnar Solskjaer seems to be enjoying the headache of choosing between Bruno, Van de Beek and Pogba for his role – hasn’t gone to plan so far. Lazio’s famous 3-5-2 system has seen manager Simone Inzaghi stick to Milinkovic-Savic and Luis Alberto ahead of Leiva in a mid 3. In fact, one of Andreas’ appearances was in a midfield diamond ahead of these 3, such is the unwillingness to drop them. With Parolo, Cataldi and Escalante serving as rotation competitors as well, Andreas has been forced into largely being an impact sub featuring in 319 out of 1710 minutes so far.

Andreas’ first start in the league actually saw him score against Torino in November. But being 2-1 down and carrying a yellow card saw him substituted at half time which would eventually pave the way for a comeback 4-3 win. The decision was fair given he was dribbled past 3 times and gave away the ball cheaply often as well. A series of games followed where Andreas would get substitute runs of less than 20 minutes on the pitch and being unable to provide any impact. His next start in the league came against Spezia. This time he was given the full 90 minutes playing at the head of a diamond ahead of the 3 preferred starters. But Andreas was unable to take his chance to impress, the result of which has seen him get no further starts till date and even lesser time in his substitute appearances, the last 4 of which don’t even add up to 30 minutes in total. It’s only getting worse for the 24 year old and for United, who would have hoped for a better loan spell to be able to sell him for value.

Follow us
← Tactical Analysis: Southampton FC under Ralph Hasenhuttl The path to the perch, Part 1: 1986-1991 →