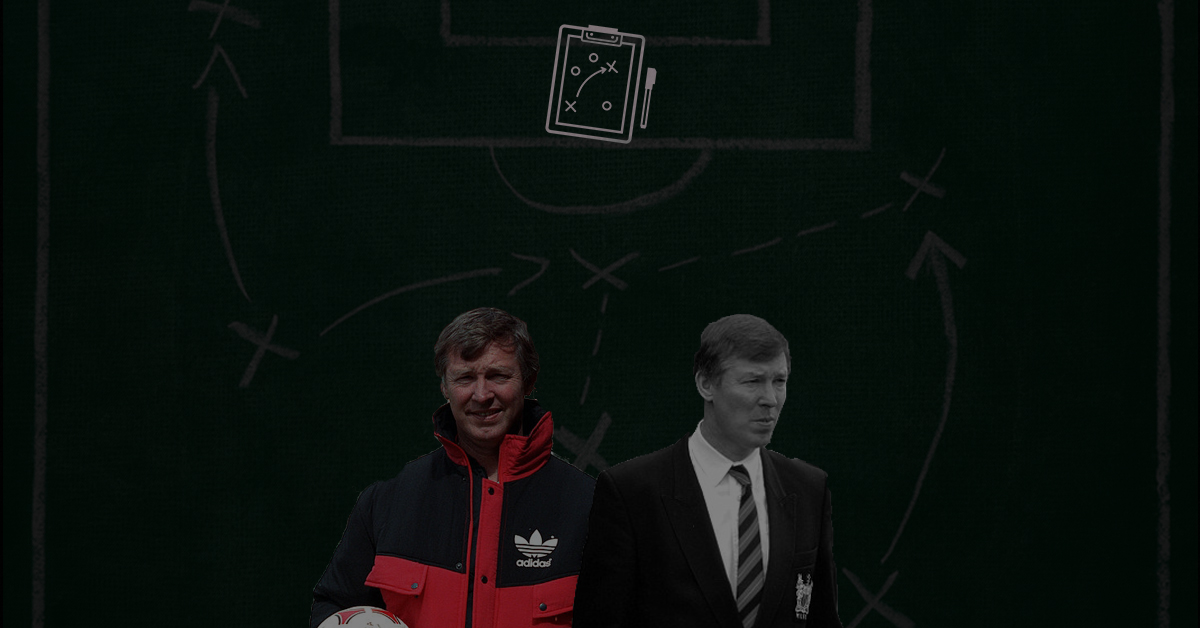 Today, we take a look at his lesser known years as Manchester United manager.

Sir Alex Ferguson or just Alex Ferguson at the time, began his manager career in Scotland with St. Mirren in the Scottish second division. He was their manager from 1974 to 1978 and took them from lower table obscurity in the second division to league champions in 1977. The average age of that St.Mirren squad was 19 and their captain, Tony Fitzpatrick, was 20. A superb achievement for Ferguson who himself could be considered young for a manager at just 36. In 1978, Ferguson jumped ships to go and manage Aberdeen. There was a lot of speculation and rumours that Ferguson had already taken the Aberdeen job and owing to that St.Mirren decided to sack Ferguson becoming the only club ever to sack Alex Ferguson.

At Aberdeen, the Scottishman managed to win the league title in the 1979-80 season. This was the first time a team rather than the Glasgow clubs (Celtic and Rangers) had won the Scottish Premiership in 15 years. Ferguson created a siege mentality at Aberdeen accusing the media of being biased towards Celtic and Rangers and used that to motivate his own team. ‘Furious Fergie’ was the nickname given to him by the Aberdeen players. The success at Aberdeen continued, with him winning the Scottish cup in 1982.

The following season, he led Aberdeen to even more success by winning the European Cup Winners’ Cup, knocking out the likes of Bayern Munich and Real Madrid. Aberdeen won the league for a further 2 seasons under Fergie. In 1986, he made his intentions clear that he wanted to leave Aberdeen. He managed Scotland in the 1986 World cup but after a group stage exit, he decided to step down as Scotland manager.

After rejecting job offers from Arsenal, Tottenham Hotspur and Wolverhampton Wanderers, Sir Alex Ferguson was appointed as the Manchester United manager on 6th November 1986, taking over from Ron Atkinson.

There is a challenge called the “Sir Alex Ferguson challenge” popular among Football Manager players where you take over the team which is 19th in the Premier League on 6th November and try to replicate the success SAF had. That was the situation Ferguson was tasked with. Manchester United were 19th after finishing 2nd last season and were struggling. Ferguson guided them to an 11th placed finish and brought back some long needed stability to the club.

The following season was great for Ferguson. He made his first signings at the club, Viv Andersen from Arsenal and striker Brian McClair from Celtic.He guided the red devils to a first second placed finish in 7 years but United were way off the standards of Liverpool and Fergie knew it. A home defeat in the FA Cup quarter finals against Nottingham forest was a bitter mark at a rather optimistic campaign.

The optimism among the Manchester United faithful grew at the start of the 1988-89 as Mark ‘Sparky’ Hughes returned to the club. Ferguson also signed a 17 year old Lee Sharpe from Torquay United and goalkeeper Jim Leighton from Ferguson’s former club Aberdeen. A 6-game winning run in January saw the red devils climb upto 3rd in the league table but a drastic collapse in form saw them go down the table and eventually finish 11th.

Fergie was ruthless and responded to this by making new signings such as Mike Phelan, Neil Webb, Danny Wallace, Paul Ince and a club record signing in Gary Pallister. This saw fan favourites and stalwarts of the Atkinson era, Gordon Strachan, Jesper Olsen, Paul McGrath and Norman Whiteside leaving the club.

The clearing out of fan favourites was met with a lot of backlash from fans but the fans from the outside still believed in the rebuild project at Old Trafford. A 4-1 win over champions Arsenal on the opening day fuelled some optimism among the Old Trafford faithfuls but a dip in form and the new signings failing to impress led to many reports in November that Ferguson’s time could be up.

“3 YEARS OF EXCUSES AND IT’S STILL C**P – TA RA FERGIE”. This was the famous banner floated around Manchester. A heavy 5-1 defeat against local rivals Manchester City and being booed off the pitch against Spurs made things worse and it wasn’t hard to see why. United’s form in the league was awful which was showcased by the fact that they finished only 13th in the league. Fans were not happy, the media was on Fergie’s back and it looked like the inevitable might happen after all.

“We were hearing things the night before we went to play Nottingham Forest. You hear these rumours – ‘If we don’t win today the gaffer could go.’ We were struggling in the league. Mark Robins scores and people say that saved his job,” Paul Ince recounted.

The 1-0 victory over Nottingham Forest in the FA Cup quarter final was what, many say, saved Ferguson’s job at Old Trafford. But the board during the time constantly reassured that his job was never under threat at the time but if the team didn’t show any improvements towards the end of the season then they would’ve been forced to take a call.

To be fair to Manchester United, they were doing quite well in the cups. They got all the draws away from home in the cup competitions and did well to win them and reach the final against Crystal Place. This was it, the defining moment of the season, a match that would make or break Ferguson’s legacy at Manchester United. And it’s moments like this that force a manager to make the tough calls and Fergie was prepared to make one.

Jim Leighton, the goalkeeper who brought so much success for Ferguson at Aberdeen was underperforming and not justifying his place. Ferguson would have smashed the Guillotine over Leighton’s head long before he actually did if his assistant, Archie Knox, had not intervened. But after being caught in no man’s land for the first Crystal Palace goal in the 3-3 draw, Ferguson was left with no choice for the replay.

On loan Luton Town goalkeeper Les Sealey would be the first choice for the replay. Ferguson described him as ‘arrogant’ and ‘cocky’. He wrote: “Was he a better goalkeeper than Jim? No, but he thought he was, and that can sometimes be important in a Cup final.”

It proved to be the right decision. United won 2-1 in the replay claiming the first trophy of the Ferguson era and the floodgates then began. The ban for English teams playing in the European competitions was lifted and United qualified and won the Cup Winners’ Cup next season. They finished 2nd in the league in the 1990/91 season behind rivals Leeds United. That season was then followed by the first league win under Sir Alex Ferguson in the 1991/92 season, thanks to two dramatic late goals by Steve Bruce against Sheffield Wednesday on the final day of the season.

And the rest, as they say, is history.