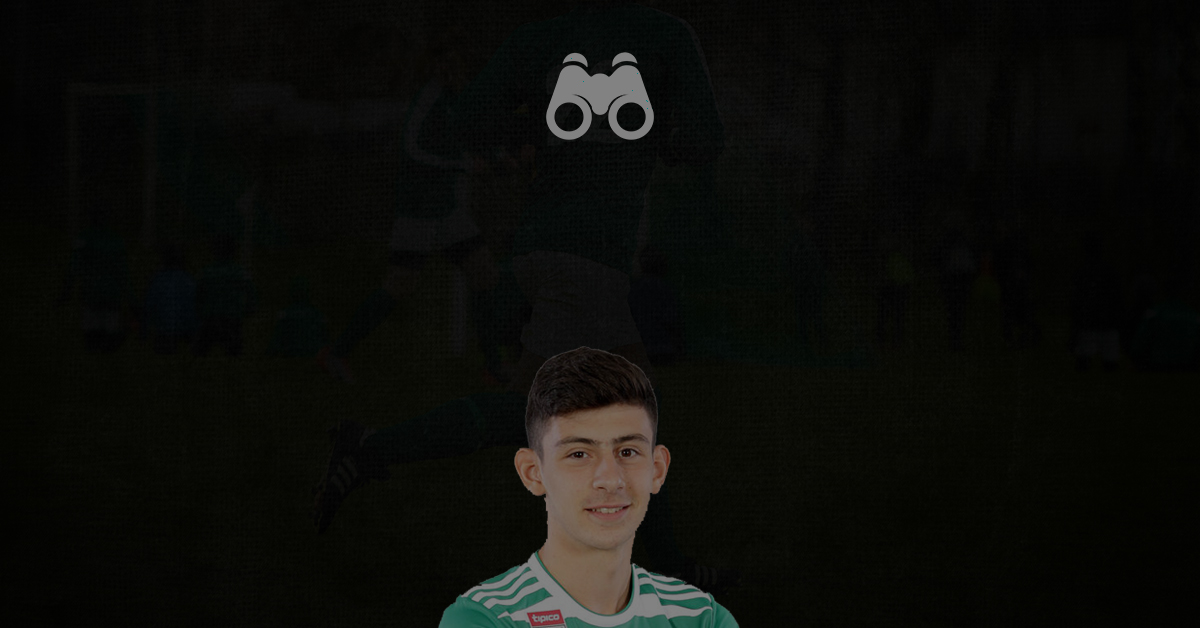 The player under radar today is the one who Football Manager players must know inside out with a sure shot potential ability to become one of THE BEST on the game. But in real life, this ‘wonderkid’ is also making strides which has now attracted the attention of all European footballing superpowers to win his signature. We will take a deep dive to cover the up and coming Austrian Yusuf Demir.

Yusuf Demir is a product of Rapid Vienna youth academy. In 2019, he signed his first professional contract with the club aged only 15. He made his first-team debut for Rapid in a 3-0 Austrian Bundesliga win over Admira Wacker Mödling on 14 December 2019. Yusuf is of Turkish descent, but he is a youth international for Austria. On 15 September 2020, Demir scored a goal for Rapid Wien in 1–2 defeat against KAA Gent in the 2020–21 UEFA Champions League third qualifying round, at 17 years, 3 months and 13 days old, to become the youngest Austrian scorer since Gerd Wimmer in 1994, aged 17 years, 10 months and 27 days. He was the first name in the Guardian’s Next Generation: class of 2020 list, touted as Austrian ‘Messi’ by the panel of journalists who shortlisted him along with 59 other players around the world who have the potential to become one of the best in coming years.

Demir can play in a number of positions across the frontline due to his versatility. He is also very adept at playing as an attacking midfielder, predominantly when his side utilize the 4-2-3-1 formation. The youngster has been utilized as a creative number 10 in 40% of the games he has featured in throughout his career, whilst he has played in any position variation on the right flank  40% of the time, with the other 20% being positions from anywhere off the left and even as a deep lying midfielder, dictating the gameplay from deeper areas of the midfield. However, this season, Rapid Vienna’s manager Dietmar Kühbauer has preferred to play this prodigy as an attacking midfielder mainly as it gets the best out of the 17-year-old, featuring in total of 22 games this season, quite a good number of games under the belt for a kid of his age at senior level. The most notable aspect is that Demir still prefers to operate slightly off to the right and in the right half space so that he can cut inside on his preferred left foot, which is where the youngster can be most dangerous.

Demir’s all-round play is very impressive. He has a brilliant balance and pace along with exquisite technique and ball control for a player of his age. The teenager has been given quite a free role in the Wien side when he plays for them, especially as an attacking midfielder. This is reflected in his dribbling stats which put him among top 5 of Austrian Bundesliga with 10.62 dribbles per 90 minutes out of which he is completing 5.26 dribbles per 90, roughly completing 1 dribble out of 2 attempts. When in a 1v1 situation against an opponent, Demir’s natural instinct is to try and get himself into a central position which is where he is most dangerous on a football pitch. He does this by using body feints and a drop of the shoulder, combined with rapid changes of direction to ease past opponents. Demir’s preferred movement is from outside to inside on the right-flank as he can use his left-foot in the central areas providing he gets by his challengers.

A text book move for Demir when playing for his club or country is to look to receive the ball between the lines with his back turned to the goal. Receiving his back turned to goal allows him to receive the ball on the half-turn and drive forward with the ball at defending players and combine it with his brilliant balance, agility and low center of gravity to beat the defenders with ease. From the above image, you can see that Demir has dropped into the space between the opposition’s line of pressure and midfield in order to receive the ball to his feet. By dropping deep, he has given his backline an extra option to deliver a line-breaking pass and exploit the space created by Demir with his off the ball movement. From here, the Austrian likes to receive the ball on the half-turn on his backfoot and drive forward, attacking onrushing players in 1v1 and sometimes even 2v1 duels. One of the most impressive stats from the teenager is his offensive duels per 90. Demir currently has the highest number of average offensive duels attempted per 90 in the league with 20.6 offensive duels per 90 minutes.

Whilst he likes to drop very deep at times in front of the opposition’s midfield, his preferred area on the pitch to operate in is between the lines of the backline and midfield line, which allows him to put his attacking instincts to better use than in deeper areas. Demir generally opts to receive the ball in the right half-space, try to cut in with his stronger left foot and provide ample space for marauding fullback to stretch the opposition’s defense and provide overlaps for better crossing angles. Receiving in the right half space in between the lines allows him to have space to take the ball on the half-turn – as he loves to do – and drive inside before hitting curling shots outside the box. This only mainly applies when Demir is deployed as a number 10 or a right-sided player but since he has been used in these areas 80% of the time, receiving in between the lines in the right half-space is a very important part of the 17-year-old’s overall game.

In terms of creative ability, his best comes from the left flank. The reason for this is because he excels at getting into the left half-space and cutting the ball backwards. As Demir is a left footer, pulling the ball across the box is more natural for him on the left side of the pitch. This is an example of an excellent chance created by Demir in the assist zone on the left side of the box. He receives the ball in the left half space again and drives towards the by-line. By being naturally left-footed, he is more suited to putting the ball across the box in these situations as opposed to the right side where he needs to cut back onto his stronger foot. Playing as a number 10 also gives him the freedom to roam into these types of positions at times to create as well as drifting towards the right – his preferred side.

Demir is also well able to carve a defence open when the opportunity arrives as he has quite an innate ability of playing through gaps in an opposition’s defence to find running teammates. The Austrian’s creative stats are very solid for a player of his age Demir has averaged 0.71 key passes per 90 in all competitions and also currently averages 0.33 expected assists (xA) per 90 for current calender year.

For a 17-year old teenage footballer, Yusuf Demir’s game is very mature and there is a reason that all of Europe is extensively scouting him, ever since he has broken into Rapid Vienna’s first team. Teams like Manchester United and Juventus have had scouted him in the past but their interest has been rekindled with his recent performances. On one hand, it is quite natural to give into the temptation when Europe’s most prestigious clubs are chasing for your signature but Yusuf is in that age category where experience at first team level without any added pressure is crucial for development, both physically and mentally. Players of his age group must strive for a healthy competitive environment.

Ideally, he should stay in Rapid Vienna and try to become a regular first team player in coming years, try to break the domestic domination of RB Salzburg and also help his hometown club to make a deeper run in Europa League and then take it one step ahead by switching to a side fighting for European places in Germany who also don’t hesitate to play younger players (preferably Borussia Dortmund or Borussia Monchengladbach since these 2 clubs can do with a player of his quality given the tactical setup they use complements his strengths). Once, he is mature enough, both physically and mentally- he can easily take the challenge to make a name for himself at the grand stage, both at club level and international level.