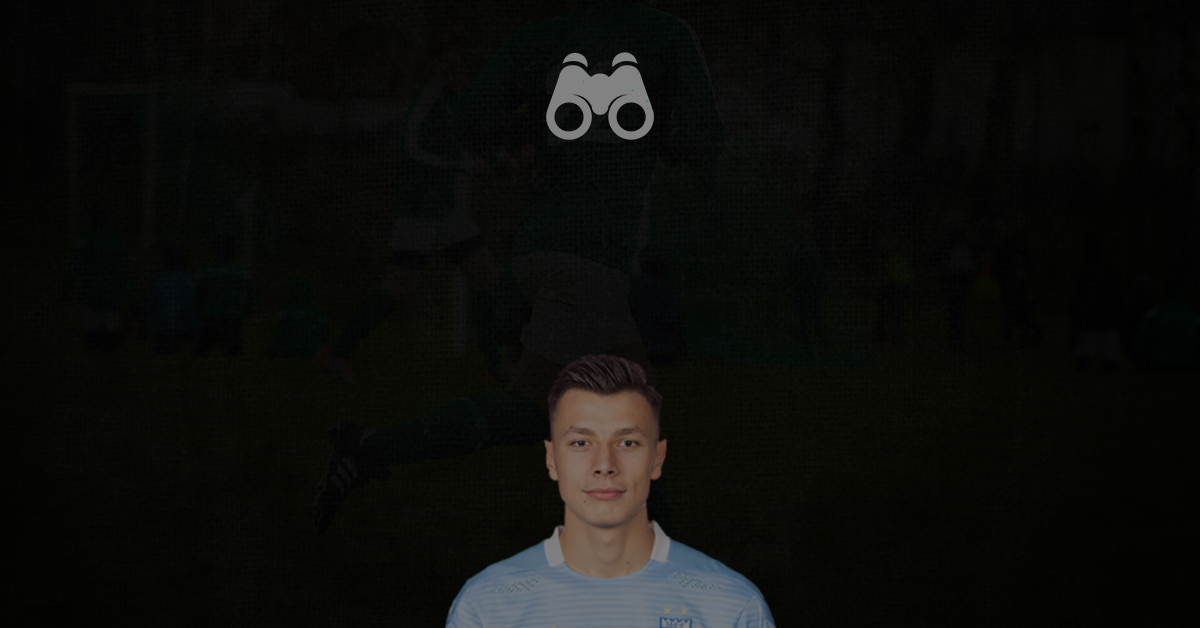 According to reputed Italian journalist Fabrizio Romano, English Giants Chelsea and Manchester United have extensively scouted this talented Bosnian center back but it is the underdog Italian side Atalanta who are in advanced talks with him, beating their local rivals AC Milan along the way. The player under spotlight today is Anel Ahmedhodzic of Malmo.

Born in Malmo, Sweden to parents of Bosnian heritage, Anel joined the youth academy of his hometown club which he left to play abroad, eventually landing at Nottingham Forest in January 2016. He made his professional debut against Newcastle United on 30th December, 2016- at the age of 17. This was his first and last start for the English side. He returned to Malmo FF in the winter window of 2018-19 season for an undisclosed fee. He made his first team debut for Malmo FF against their arch rivals- Helsingborg on 2nd June, 2019.

Anel joined Danish Superliga side Hobro IK in a loan arrangement for 2019-20 season. He made his first start for his new club against fellow Superliga side Esbjerg on 21st July, 2019. He was called back to Malmo in January 2020 since his presence was deemed necessary at first team level and he has never looked back ever since. He extended his contract with Malmo FF until December 2023 and already has won the league with his home town club.

Ahmedhodzic has represented Sweden at all youth levels and even won his first senior cap for the Swedes in 2020 but he always had his heart set to represent Bosnia and Herzegovina. With the latest change of ruling by FIFA when it comes to representation at international level, this made Ahmed’s dream come true since his application for change of representation was accepted and he has now 2 caps for Bosnia and Herzegovina.

He is a right footed center back with a good built and height for a center back. He is the epitome of a modern day center back with underlying principles of those old school ‘no-nonsense’ center backs. Malmo’s head coach and former English Premier League and La Liga striker, Jon Dahl Tomasson, prefers a 4-4-1-1 formation. Ahmedhodžić (#15) is deployed at right centre-back in a back four. The majority of his touches, as you would expect for a defender, are in his team’s half of the pitch.

His tall built (6’4”) gives him an advantage over his opposition and it is reflected in statistics too. He has a success rate of 73% when it comes to aerial duels, the highest in Allsvenskan. But Ahmedhodžić is not quite as dominant in the air in his team’s penalty area. In this area, he wins 62.1% of his aerial duels.

Anel is a good ball playing center back too, boasting a good accuracy of 91.9% successful passes and most of his passes are forward passes, progressing into wide areas of the pitch. His progressive pass accuracy is 79%. Ahmedhodžić is competent at both keeping possession safe and playing forward into attacking areas.

The above image shows the moments after Ahmedhodžić has received the ball from LB. As soon as he receives the ball, he tries to attack the vacant space in front of him. Despite having easier and safer passing options available, he takes the responsibility of looking for an opening and tries a line breaking pass. By dribbling into the space in front of him at speed, he causes disruption to the opposition. Travelling up the pitch also makes a through ball easier to complete due to the shorter distance the ball will have to travel. Whilst being pressed, he has the awareness and ability to break the opposition’s press and pick out his striker’s clever run. This play is typical of the young defender. He doesn’t run away from responsibility. His first thought, even when receiving the ball in his own half, is how to put the opposition on their back foot and create a goal-scoring opportunity for his team. Not only does he possess an aggressive attacking mentality but also has the technical ability to pull it off.

Tackling is one of Ahmedhodžić’s mains strengths and at the same time one of his biggest liabilities. There are moments, usually when covering for a teammate, that he is able to use a slide tackle to recover the ball in a desperate situation. These challenges are perfectly timed and have often prevented clear goalscoring opportunities for the opposition.

However, too often when the situation requires patience, Ahmedhodžić is too eager to regain possession and dives in. This has cost his team by conceding freekicks in dangerous areas, showing his brave and aggressive streak. This is one area where the talented Bosnian has to improve and try to keep a calm and level head in such heated situations. His slide tackles are a good attribute to have but too often they are used as his first choice rather than a last resort. Should he go on to play at a higher level, going to ground so readily will have him found out quickly.

Overall, Ahmedhodžić’s movements off the ball are good. When keeping possession, he is aware of where the ball is and where he wants it to go next. He adopts a good position and body shape to achieve this. As covered in the previous section, when progressing the ball, he is aggressive with his runs and creates and joins in counter-attacks.

Given his ability on and off the ball, he comes off as a typical modern day center back who can play in a very high defensive line and try to build the attacks from the back, shuffling possession from central to wide areas and vice versa. This is the reason why teams like Chelsea, Manchester United, AC Milan and Atalanta have extensively scouted him.

All those teams have an extensive scouting network in Scandinavia, all 4 of those teams have a playing style which will complement his strengths and also nullify his weaknesses in longer run. If we were to go by chatter in the media, Atalanta lead the race for his signature and even the player prefers a move to the Lombardy based side which will be the best possible move for him. Atalanta may lose out on their star player Cristian Romero (who is currently on loan from Juventus) but they will get a good and reliable replacement in Anel Ahmedhodzic who can take the mantle from Romero and play in a system which will suit him very well and playing in a league like Serie A will hone his technical ability as well.

Another brilliant example of Atalanta’s scouting who not only have the one of the best (if not the best) youth setup in Italy but their scouting model in Scandinavia and other fringe countries is also the best among Italian clubs- getting cheaper yet first team ready replacements, sell them for a great profit and again repeat the cycle whilst not losing the competitive edge.