There are some very good reasons why Thomas Tuchel keeps getting high-profile club jobs without having to wait, and knowing German is not one of them! We take a look at the tactician’s early history and the principles that shape his philosophy that make him one of the most exciting coaches in world football today.

A series of knee injuries halted Tuchel’s budding career as a defender in his mid 20s. He played 68 times before being forced to hang up his boots for good due to a serious knee injury at the age of 24 in 1998. He then funded a business administration course by bartending before attempting another shot at a career by requesting his mentor Ralf Rangnick, head coach of Stuttgart at the time, to allow him a trial. After 9 moths of training with the Stuttgart reserves Tuchel came to the painful realisation that his playing days were surely over. A devastated Tuchel was suggested by his mentor to get into coaching. At a time devoid of textbooks, Tuchel learnt from the notes of Rangnick & Helmut Groß. He followed the personality building principles of Hermann Badstuber, father of former Bayern defender, Holger Badstuber, which led Tuchel to place great emphasis on making personalities. Acts like being on time, proper greetings with handshakes & making eye contact while talking would later become part of Tuchel’s own expectations as a manager.

Tuchel started by shadowing the academy coaches before taking over the U14 team in 2000. He would then swiftly rise up the ranks as U14, U17 & U19 manager while impressing at each stage. His U19 league win with Stuttgart in 2005 prompted a switch to Mainz U19 who were on the rise at the time thanks to a club-defining spell under Jurgen Klopp. In June 2008, at a pre-season training camp in Austria, in a bid to motivate his players, Tuchel and his team underwent an intense trek and buried a club badge at the top of a mountain with the promise that the team would come back and remove it only if they reached the U19 Cup finals. In June 2009, the team reached the finals to face Borussia Dortmund. Tuchel did not want to disturb the players and went and brought back the badge before the final along with his assistant. He showed the video of their climb and them digging out the badge moments before the final in the dressing room to his players. An inspired Mainz U19 went on to win the final 2-1.

Being rewarded with a glamorous 7 years from 2001 to 2008 thanks to the inspired appointment of Jurgen Klopp, Mainz decided to follow up the club’s greatest era with another inspired appointment. They promoted the 35-year-old Thomas Tuchel to lead the senior team. Shaking off constant comparisons with Klopp, Tuchel delivered a strong 9th place finish in his first season before improving on it further with a club-first Europa qualification berth a season later. Key to their success was young Andre Schurrle whom Tuchel worked with in the U19s. Lewis Holtby, who joined on loan from Schalke, and Ádám Szalai, who made his move from Real Madrid Castilla permanent, formed a good trio along with Schürrle and the three were the Mainz boyband. Tuchel left Mainz in 2015 averaging higher than Klopp’s points per game (1.41 compared to 1.13 for Klopp), another Europa league finish and club-high 7th position.

That followed a year-long break, during which Tuchel was still educating himself, understanding the importance of stats from Brentford owner Matthew Benham and then learning from Professor Wolfgang Schöllhorn, a famed sports scientist who indirectly influenced Guardiola. Tuchel’s next job was as challenging as his last – improving another impressive Klopp team – Borussia Dortmund. While Tuchel’s success is well-known, his methods aren’t. He employed a strict diet plan at Dortmund which improved the fitness of key players, Hummels & Gundogan. Even the official team bus driver was on a diet plan & lost 8 kgs! In his first season, they lost just four games all season while the attacking triumvirate of Marco Reus, Henrikh Mkhitaryan and Pierre-Emerick Aubameyang scored an incredible 85 goals between them in all competitions. A year later Tuchel would win his first trophy, the DFB Pokal. He departed Dortmund again with better a points per game average than Klopp and in fact the highest points-per-game record of any Dortmund manager in history. In those 2 years, Dortmund were undefeated at home and Tuchel’s win % was a brilliant 62.7%.

If his Mainz and Dortmund spells were impressive, his time at Paris Saint-Germain was even better. In 2018-19, Thomas Tuchel’s PSG side set the record for most wins to start a top-five European league season – 14 and then went on to score in all 38 games of the league campaign – a first-time feat. If you thought the attack was fantastic, the defending wasn’t any less. PSG conceded a record low 6 goals throughout the 2019/20 Champions League campaign – a run which saw them reach the finals. Tuchel had to fight through waves of squad injury issues and display immense man management to get the best out of the previously underwhelming PSG stars. Eventually a disagreement with the board prompted him to leave the club, a trend observed during his departure from Dortmund as well.

It’s no surprise that a few weeks later he already finds himself in the coaching tracksuit of London side, Chelsea, presiding over them a day after Frank Lampard was sacked. Chelsea’s announcement of the appointment was followed with a training clip of his first session, where the German suited up quickly in a no-nonsense fashion before rushing to the training ground to take over his troops. It summed everything about Tuchel really – an efficient, hard-working winner who wastes no time doing what he does best. With 7 trophies and a Champions League runners-up medal under his belt and a stellar record of greatly improving every side he has ever managed, Tuchel is among the fastest-rising managers in the world. The challenging Chelsea job might just be the best opportunity for him to prove those who still doubt him wrong. 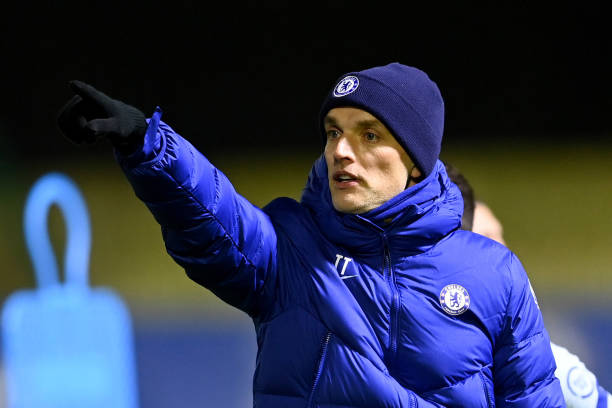