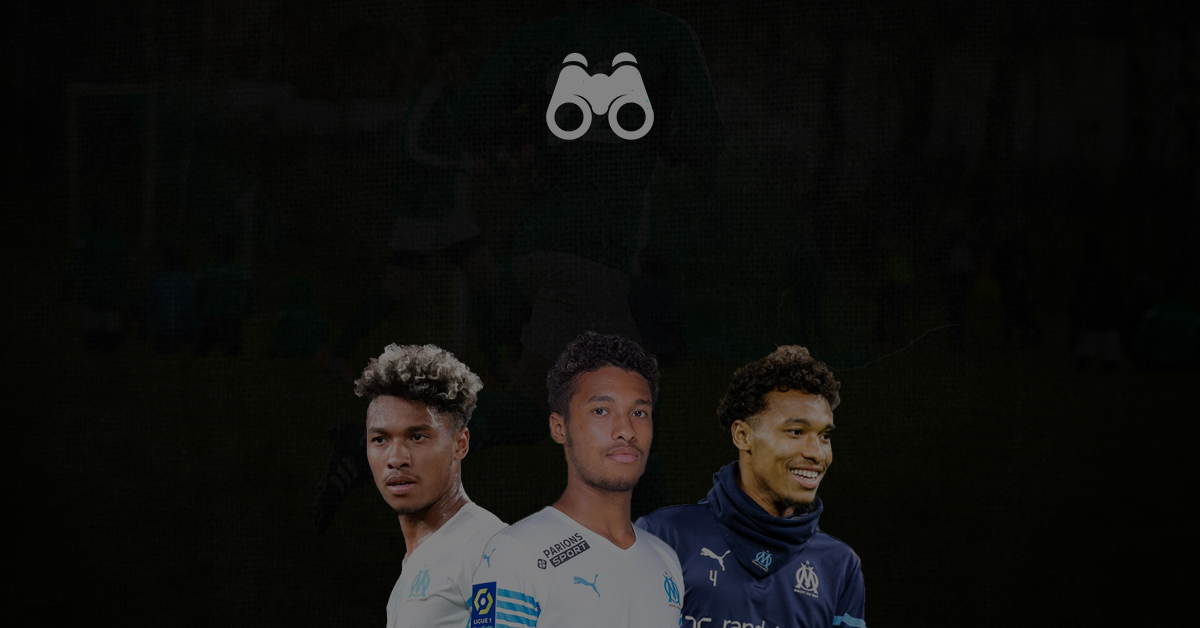 Since many users had found out that there is an issue with the original scout report of Boubacar Kamara, I have fixed the issue (you can read the original report here- Scout Report: Boubacar Kamara). But again, due to another technical glitch, I couldn’t merge the changes I had made in the article (had updated the visualizations and added extra content since I wrote this article back in January).

So, I thought; why not make this into an extended article and provide my 2 cents on how he can be used by Steven Gerrard at Aston Villa.

Aston Villa have it all at this time; an ambitious owner who is ready to pump cash in the team- a progressive, proactive up and coming manager at the helm, a revamped youth system which taps into the local and diverse community of Birmingham and nearby areas. Advantage of staying in Premier League means healthy amount of cash coming in all thanks to the lucrative financial deals of the original Super League which is running since 1990s and the record sale of Jack Grealish last season meant that club can easily spend good amount of money for few years and some sales here and there to balance the books without any issues. This summer they have already got Diego Carlos and Boubacar Kamara and are in the market for few other players as well (depending on outgoings)- along with some high-quality youth prospects already coming from the ranks and knocking on the doors of the senior team.

Diego Carlos is an aggressive centre back who likes to play as a ‘dog’ (basically a stopper CB). Tyrone Mings being error prone, Kourtney Hause being injury prone and backup player at best (same case with Chambers whose versatility means that he will be a good rotational cover at RCB slot and RB) and a long-term injury to Villa’s best CB: Ezri Konsa can see Kamara play at CB as well, instead of playing in his preferred role in the midfield; as the deepest midfielder.

In midfield, Kamara’s competition will be with Douglas Luiz who is the out-right starter at defensive midfielder position for the club (but an expiring contract and interest from a host of Premier League clubs including the likes of Arsenal and Manchester City who have the right to refusal option on him can see the Villans cash out on him). Marvellous Nakamba is another option for that slot. Meanwhile for that 2nd midfield slot (Gerrard mostly lined up with 4-2-3-1, but also switched to 4-3-3 depending on the situation at Rangers; at Villa he has gone for a 4-3-1-2, 4-3-2-1 as well), Villa usually have midfielders who are comfortable playing a box to box midfielder profile: hence the likes of John McGinn and Morgan Sanson (all thanks to Andre Villas Boas who converted him from a deep lying playmaker and orchestrator into a combustive, tenacious, all-rounder box to box midfielder at Marseille) are available at the club. The third midfield slot belongs to their new recruit, Phillipe Coutinho (along with Emi Buendia who ended up playing as attacking midfielder when Gerrard switched to 4312/4321) and last midfield slot is a toss-up between the up-and-coming Jacob Ramsey and Carney Chukwuemeka (who is also adept at playing as a box to box mid and as a defensive midfielder: most of his time in youth ranks saw him playing as a #6). Tim Iroegbunam is another youth prospect in midfield who has risen up the ranks, already making his debut for senior team under Steven Gerrard and regularly training with the senior side as well.

John McGinn’s tenacity and high defensive output can provide an extra layer of security during transitions where Kamara can end up being isolated at times.

Aston Villa have more than decent depth and quality in midfield and with the addition of Boubacar Kamara means that they can line up with a brilliant midfield (on paper as of now, cannot comment about future in the present because I’m not Doctor Who) and have quality options as rotation/back up. Plus, many players in that midfield are flexible and malleable, something which Steven Gerrard likes a lot as well in his players; especially in midfield.  In case, Douglas Luiz ends up getting sold (will fetch a good profit in the end), Kamara will be the #1 option as defensive midfielder, ideally slotting in straight away and being comfortable playing in a possession-based system. The Zimbabwe international, Marvellous Nakamba will act as a decent backup in either case.

While in defence, Kamara can also slot in as an able partner to Diego Carlos at times. Carlos as a stopper CB with Kamara as cover CB in an ideal scenario (because in reality, Kamara is very aggressive in terms of duelling; a Diego Carlos, Boubacar Kamara, Douglas Luiz and Matty Cash will make a brilliant rest defence which can allow Aston Villa to play higher up the pitch and win back the ball again higher up the pitch.). Carlos has decent-ish ball progression ability but Kamara is notches above in that aspect in comparison to Carlos and can provide a decent outlet of ball progression from the back along with their fullbacks: Lucas Digne and Matty Cash. Villa usually lacked this ball progression from deeper areas into the midfield. In Boubacar Kamara, this problem can be crossed out.

(for comparison, I have taken the advanced data from 2018-19 and 2019-20 season because Kamara played majority of his minutes in both seasons as a center back. While, Diego Carlos spent his 2018-19 season as a standout performer in an underwhelming FC Nantes side and 2019-20 season at Sevilla, argeubly his best season in Spain in my opinion. All thanks to fbref and statsbomb and the kind people behind the scenes who have made the availabiity of advanced data and it’s access very easy and making the work of analysts: armchair ones like me and professionals at various football clubs alike; very easy)

Now comes to biggest question, can he thrive in Premier League (the usual ‘is he ready to handle the pHySiCaLiTy and iNtEnSiTy of the eNgLiSh gAmE)

Players coming from France usually haven’t had difficulty settling in England. Kamara will have an old friend in Morgan Sanson (if he stays put) at the club along with fellow national mate in Lucas Digne. So, that question of being alone in a new club and country should be out of the question (plus he is moving to a city which has a great mix of cultures). Also, players coming from Ligue 1 usually end up adapting to the intensity, speed of the English game in lesser time and again for this, there is a brilliant track record so I don’t think that there should be any major issue as such. Plus, he is coming to a club like Aston Villa where he will have guaranteed playing time (may that be as CB or as DM) and no ‘unwanted’ pressures of big club which fights for titles and have impatient fanbases, ready to pounce on players the moment they do a mistake like hungry pack of wolves.  Aston Villa, in a nutshell is an ideal club for Kamara to choose at this stage, while it will seem weird that player left Champions League football for ‘money’ but what most people don’t realize is that players don’t have a long career, one nasty injury and it’s over; and players have to end up neglecting formal education and social life at times in order to make it as a professional footballer. It makes complete sense from their point of view to chase a fat paycheck in compensation for that missing education and social skills and risk of a short span of career but in this case, it isn’t just a fat paycheck; opportunity to play in England, play in Premier League, grow as a player at a club where you will be guaranteed minutes and grow as a player without unwanted pressures of big club (no disrespect meant to Aston Villa here) and eventually move to a club which is a regular participant in UCL (in case Aston Villa project tanks).